I like to paint on old, messed up records.

I like to paint on old records.
Here are some (but not all) of my one-of-a-kind creations.
They come from the thrift store, garage sales, or the garbage.  Most of the time, they are unplayable, and fatally scratched.
I rescue them from their loneliness and isolation and repurpose them into visual art.
Below are my records in chronological order, starting from about 2001. 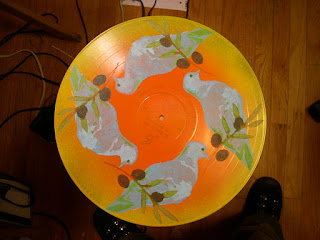 This was one of my first painted records.
From approximately 2001.
The doves above now live in Houston. 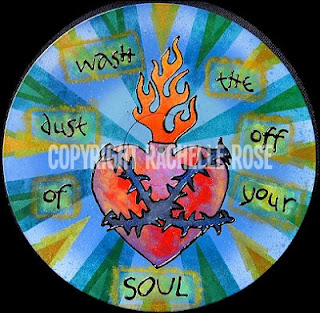 Another very early record, around 2002-ish? 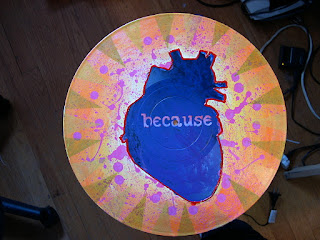 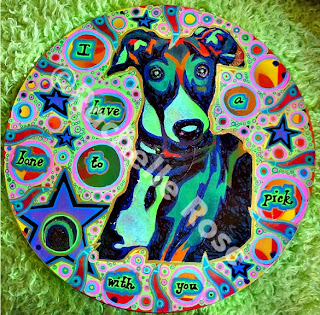 The record above now lives in California.
The actual dog (named Elvis) currently resides in Seattle. 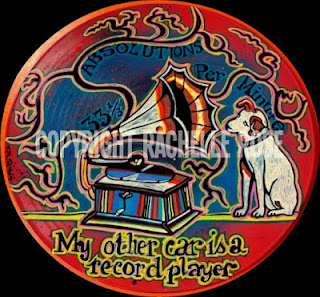 The inspiration for this record came from the Victrola label, but I kind of had a "vision" for how it should look and what it should say while driving in my car, one summer afternoon. 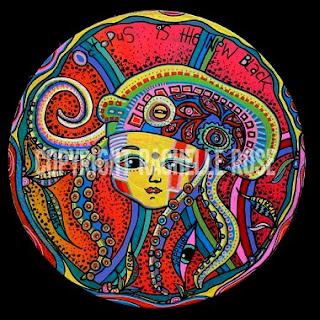 The octopus record above is from a dream that I had.  Yes, it is a girl with a live octopus living on her head.  Because that's how my subconscious rolls sometimes... 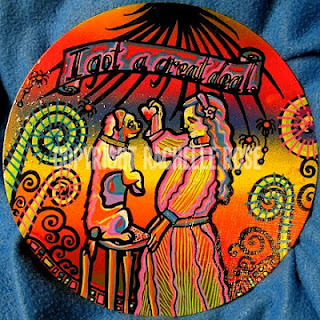 The Victrola 10-inch record above was auctioned off for a Theatre Off Jackson fundraiser in 2009. 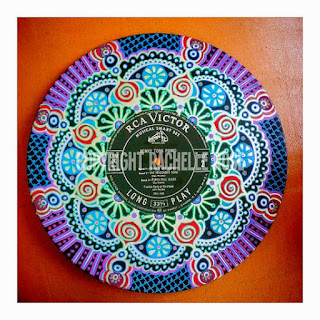 My mom said that this one reminds her of the circus. 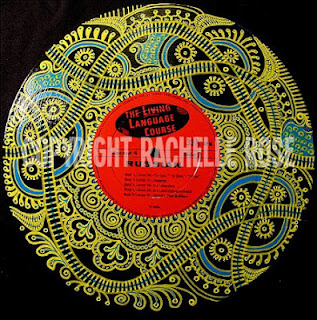 This unusually sized, 10-inch,  33 1/3 record is formerly part of a Russian language course. 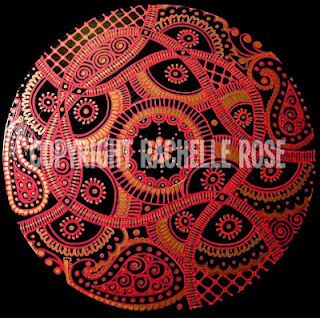 This one went to a gallery in Houston. 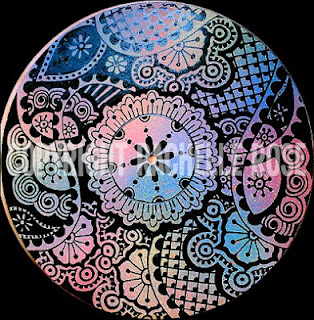 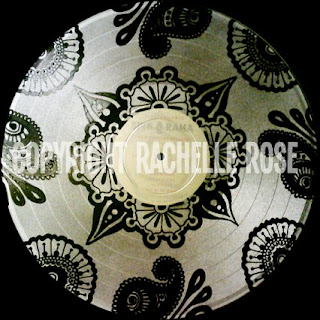 The silver record above is going to a gallery in Houston. 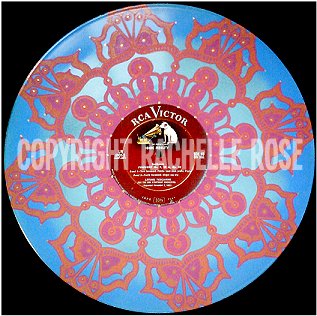 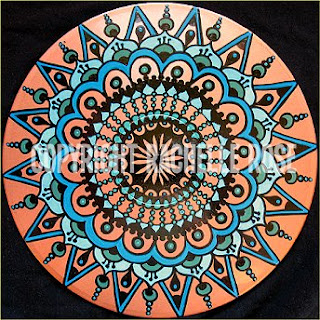 This 10-inch record had 8 waltzes about love and absinthe on it.
The background is a vibrant, metallic copper. 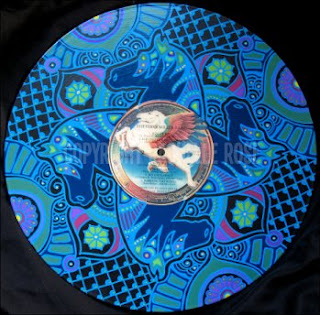 This record was a special request for a person who loves horses.
It was formerly a Steve Miller album. 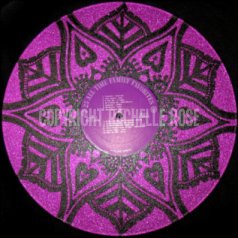 This record was inspired by a lovely lady who likes stargazer lilies and whose favorite color is bright
purpley-violety-plum.
This is a 6-point mandala, like a lily, and the leaves have a ruffled look to them.  This record is very glittery and glam.
It lives in North Carolina. 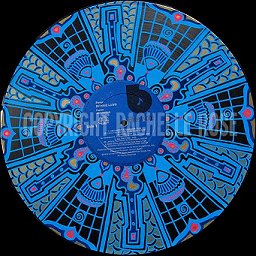 This record was made for a guitar lover in Ohio.  He collects Gibsons.  The record has strings, frets, picks, and beautiful Les Paul-inspired guitars.  Of course, in "blues" - with metallic gold, aquamarine, and bright red accents. 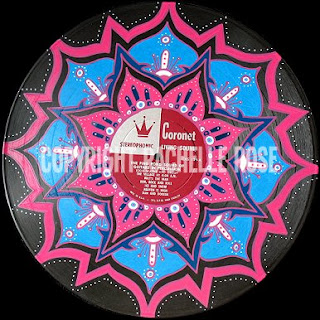 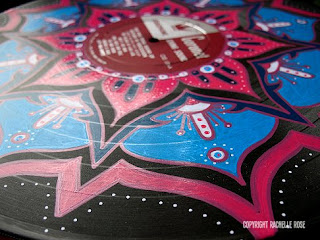 This record used to be "The Ping Pong Sounds of Guitars in Percussion", by Eddie Wayne and his group.  It featured songs such as "The Village at 4am" and "Milt's the Man".  I wondered what these songs sounded like, so I went to YouTube in an attempt to search them up.
I couldn't find "The Village at 4am"  BUT ---I did find The Honeymoon Killers' version of "Milt's the Man".  I have no idea if their version is related to this record.  (Secretly, I hope it is.)
Still, please enjoy this musical link: MILT'S THE MAN. 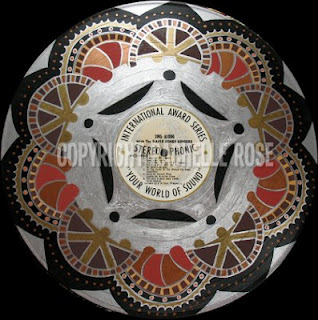 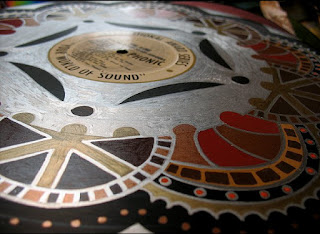 Above is a totally metalllic, funky "gear" record, done for a gearhead guy in Oregon. 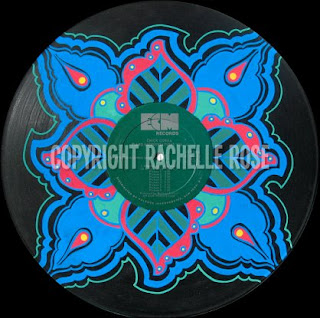 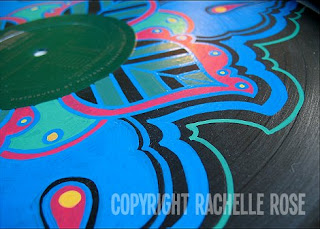 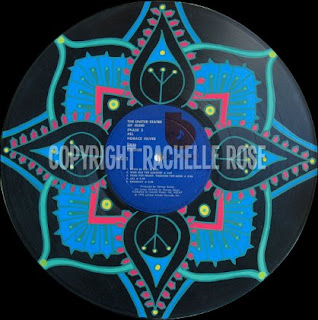 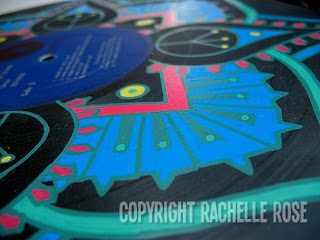 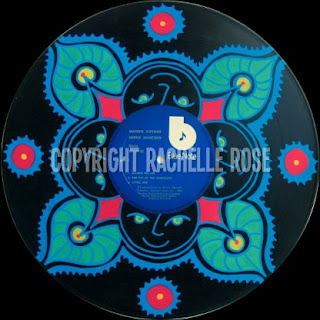 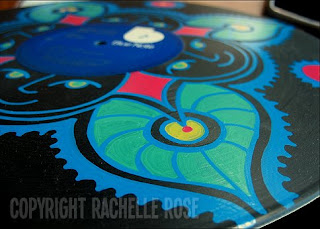 The 3 records and their close ups above were made as a jazz-themed set for a music professor and her husband in Illinois.  They are creating a jazz club and wanted to decorate with jazz records.  I was sent a photo of a Montreaux Jazz festival poster from the 90's and 3 records from jazz labels.  I themed the records to match the room (red, yellow, blue, green, black) and the poster.  On the green label record, I let the grooves of the songs determine the geometry of the shapes.  Because I'm jazzy like that sometimes. 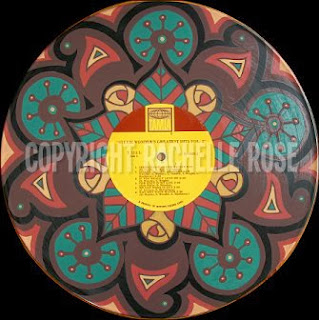 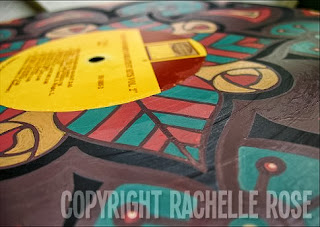 For a business man who loves browns and greens...and also.........classic STEVIE WONDER!

Posted by Records by Rachro at 3:18 PM